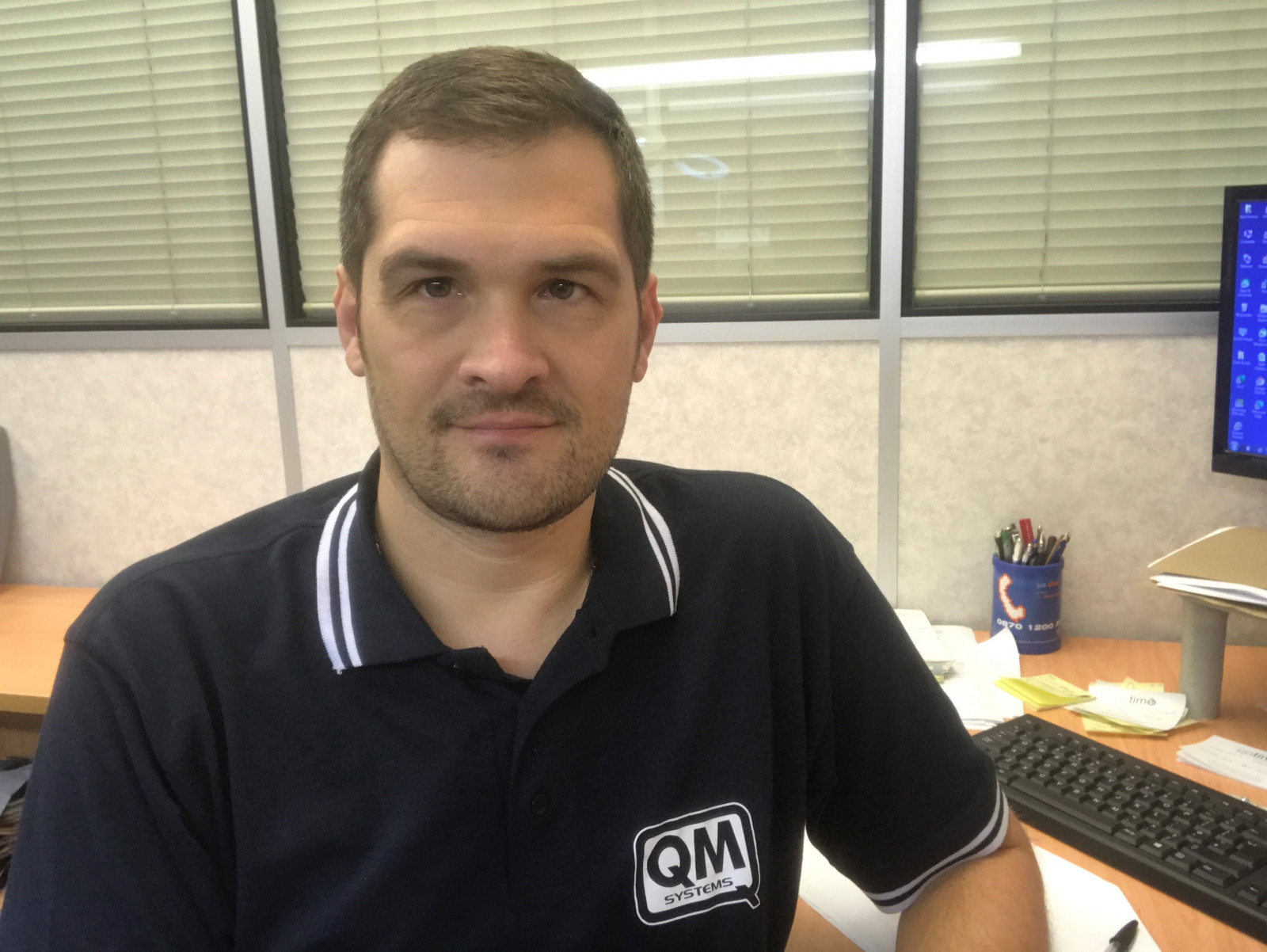 Member News
QM Systems would like to congratulate Nick Paviour as he has recently reached an incredible 25 years of service at QM Systems! We know you have worked hard for this accomplishment and we truly appreciate your dedication.
Nick is a Technician located at our southern office, of which his day to day tasks include; assembly and test of electronics for QM Systems and two of our sister companies Pipehawk and Wessex. Nick also services and repairs our Pipehawk e-Safe Ground Penetrating Radar which is used to locate services none intrusively underground. Nick enjoys the variety of new challenges he is faced with daily.
Before Nick started at QM 25 years ago, he planned to join either the RAF as a helicopter pilot or alternatively as a member of the Police force. When Nick isn’t working, he enjoys sun-drenched holidays relaxing on beaches in; Florida, Jamaica, Spain, France, Portugal and Turkey. Some of Nicks hobbies are; watching football, walking his dog Lola, DIY and watching Sci-fi films. He also has two cats Luna and Ziggy, Luna enjoys being a lap cat whilst Ziggy is an outdoor cat. Nick hopes to restore a classic American muscle car with his son as a future project. Nick is one of the longest-serving members in the QM Systems team and we thank him once again for his dedication and contribution, here is to many more years.
Chat with us!

Welcome to our microsite, please tell us your name, company and email to chat with a member of the team.