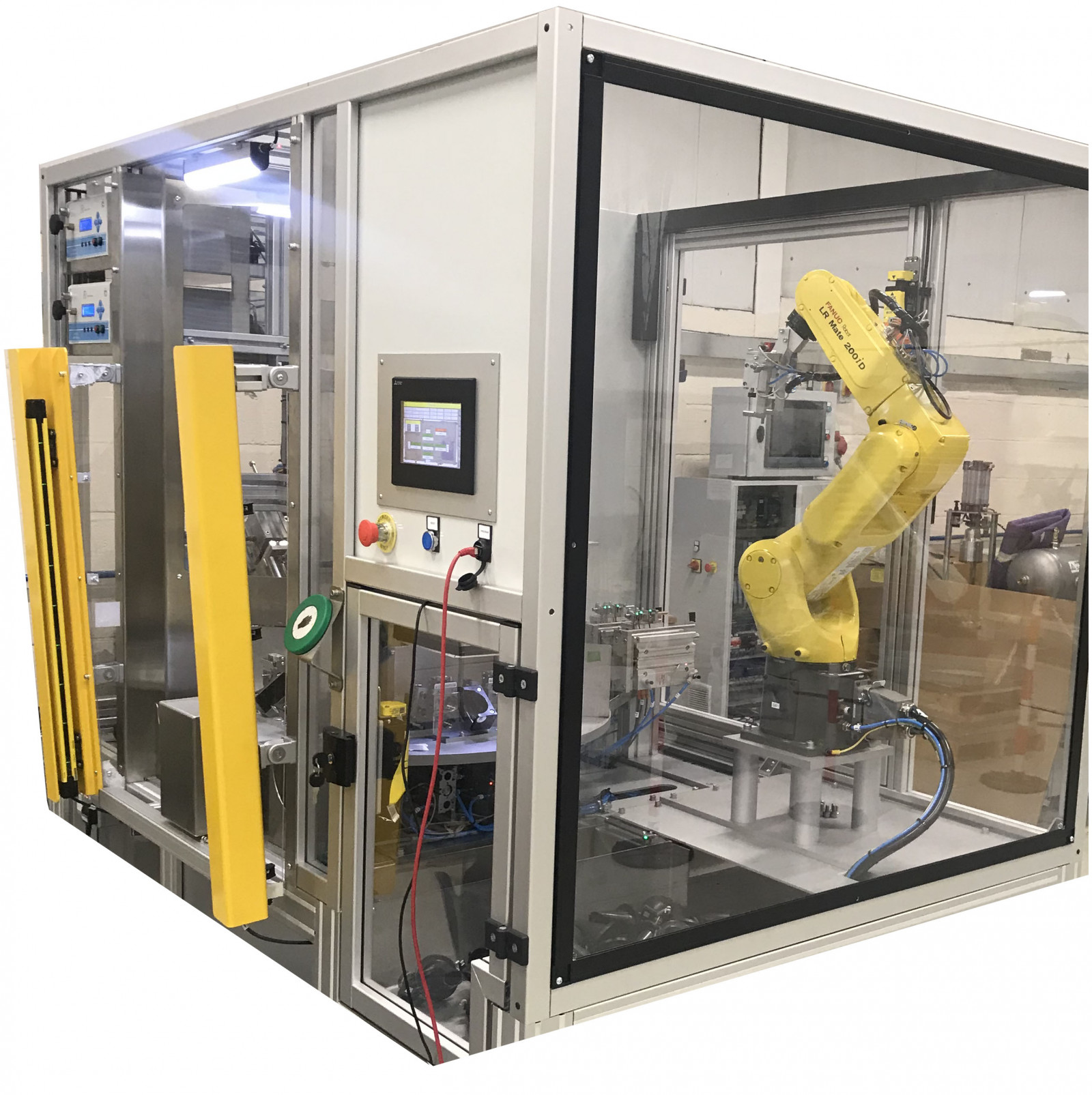 This Automatic Rotary Assembly system utilises a four-station rotary indexing table with dual fixtures, paired with a six-axis robot to pick and assemble a series of injection moulded and metal components. Once loaded with components, the system automatically assembles one of five variants of an Oil Pick Up Pipe for an Automotive client. Two Furness Controls leak test systems with twin leak test heads engage the outer ring of the component, a Fanuc LR Mate-200iD picks two limiters and places them onto insertion tooling, the insertion tooling presses the limiter into place via a series of guided SMC pneumatic cylinders. Once assembled, a Keyence depth sensor ensures the limiters are fully inserted. The robot also collects and inserts a spring pin on to the opposing orientation of the injection moulded body. A 3-Axis Hybrid Keyence Laser Marker marks them with a 2D matrix (holding 32 characters of data) and finally the completed parts are picked out of the nest reutilising the robot and placed into a pass bin. If an assembly fails at any stage the part is not picked and will be returned to the load/ unload operator station for removal. The system will require the failed parts to be removed and placed into a sensed reject bin before the next process can continue.

Welcome to our microsite, please tell us your name, company and email to chat with a member of the team.